When I was five years old I endured weekly Saturday ballet classes.  I begged

my father to let me quit.  I was dying to play outside with the other neighborhood kids on Saturday mornings.  He refused.  After some months it was time for my first recital.  My family descended from all 5 New York boroughs to see me perform in New Jersey.  My pink tutu had sequins.  My mother even applied a touch of color to my cheeks.   All of the primping beforehand didn’t stop me from freezing as soon as the velvet curtain split, and the bright spotlight burned on me.  I shook like a leaf as a warm stream trickled down my tights.  My father washed out my garments in the bathroom sink and dried it with a hand drier.  Minutes later I was coaxed back out on stage.  I went on to become a principle ballerina in a small ballet company.

I am definitely too old for yellow puddles.  Newly sober, however, I have time warped back to grappling with some of the challenges 5 year old Anna had to deal with.  I literally don’t know what to consider fun.  Isn’t that something?  I’m a thirty-something year old in the process of defining a good time.  I haven’t had a night out without a glass of wine since 2005.  I don’t have my dad to push me out on stage.  I have to push myself.  Many times I go alone.  I don’t have time to wait for my husband, friends, and family.  I’ve got to figure myself out now so that I can take advantage of all that life has to offer.

The last time I went to the Verizon Center, Gilbert Arenas show boated up and down

the court and forgot to leave his gun at home.  My girlfriend and I had a good time which increased exponentially as I downed 5 Coronas.  I stumbled home.  The next morning when I came out of it I noticed 5 missed calls.  My girlfriend really wanted to make sure I had gotten home ok.

Last week, I literally dragged myself to a Georgetown game after a long Tuesday at the office.  By the time I made it there they were losing by twenty points.  The 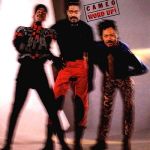 Hoyas made the humiliation complete by chucking air balls at the net and allowing themselves to get dunked on.  I tried to make it through at least a quarter but the lack of Hoya hustle made it hard.  I started paying attention to the hardwood court.  It would definitely look nice in my townhouse.  The coeds were swept in a ritual complete with jazz hands (I think), boooos, ooohs, and aaaahs.  I didn’t want that shirt gun aimed in my direction.  The dog mascot running around the court was pretty cute.  Is it a bulldog?  My husband confirmed it –it’s a bulldog.  I’m not really sure what Cameo’s “Word Up” had to do with the whole thing…The jury is still out on basketball.

Just another thirty-something that spends most of her time in a cubicle with a goal, dream, and blog that serves as proof!

One Day at a Time