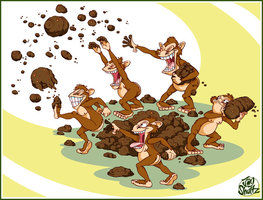 I screamed when I saw the emailed offer letter.  I was willing to do anything.  I would scoop monkey poop if I had to.  No matter what, never again would I cross that familiar threshold, like I had every morning for the past three years. It was time for a new job, even if I had to take a tremendous pay cut.   When I scrolled down to the salary section of the contract I swear my heart stopped.  It offered $20,000 more than I was making.  I happily accepted. 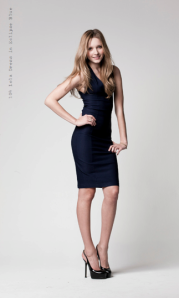 I had finally arrived.   I went on three shopping sprees and spent at least $2000 (which is a lot for a public servant).  The threads had to match my new bitchin’ job because I had floated up into a new tax bracket.  When I stomped down the runway my new boss was creating for me (in my own demented brain) my spiky stilettos had to portray the right mix of sex, funk, and success.

No one told me about the side of life that goes with elevated tax brackets.  I knew that I would have to work hard but I didn’t know about the 60+ hour work week soon to be required of me.  Once you factored in all of the hours I worked, I made about the same per hour as I did at the old job.  I didn’t really know what so many hours spent at work would mean for my home, family, and sanity.  In the morning when I rose before the roosters I wasn’t looking for spiky stilettos.  Instead, I 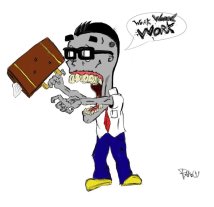 stumbled around half awake reaching for flat, cushy Uggs and anything that didn’t have to be ironed.  I dragged around at work looking like some type of disheveled zombie.  My colleagues would alert me to the earring missing from my lobe and I would shrug my indifference.  I was surprised I had even tried to put on earrings that morning.  I made a pact with the girl in the cubicle across the way.  We promised each other to wear career-oriented power suits instead of cotton separates that coeds wear to their 8 o’clock English 101 classes.  It only took three weeks for that pact to wear away.

Last weekend I found myself at a familiar place: Eastern Market.  It was one of the places where I participated in my shopping spree two years ago.  I am not exactly sure why I decided that Eastern Market was the place where I wanted to spend my Saturday afternoon.   I do think I was looking for something.  The jewelry looked fabulous and the flowers smelled sweet but I couldn’t well up the will to buy anything.  I think I’m trying to do things differently this time.  I walked away empty-handed with a giant smile on my face.

Just another thirty-something that spends most of her time in a cubicle with a goal, dream, and blog that serves as proof!

One Day at a Time